No Reason To Look Back not dead yet.

Yea I know its been forever and a day since I have posted something to my SAR Global Tool blog so without wasting time here is a update. I have been reunited with a long life love affair of all aspects Fly Fishing and have had a incredible time doing just that with my ever faithfully dog Liberty the lab look us up if you ever want to try it. 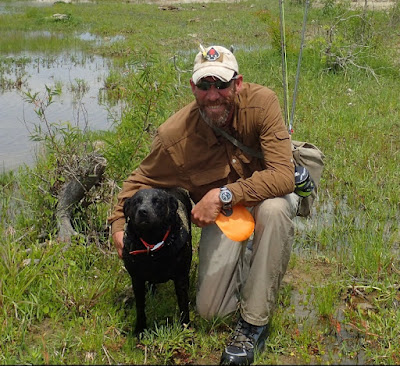 For one I am totally excited that my kids will be here and will be joining Dad in the SGT HQ to help build knives and gear to earn some mad summer money and at that age they could use skills and understanding of the who, what, when, where, and why basically a shotgun blast of not only working in the shop but the many other facets that go into design, concept, prototype to public consumption. Taegan and Max (Ethan likes his middle name so be it) are excited for the chance to make a knife each and help out in a few new prototypes that are in the chute not to mention they love some greenbacks burning a hole in the pocket. Also without giving up to much information I am going to be talking with a high end business leader in the outdoor/gadget/cool ass gear industry to bring the SESS signal line to the very cutting edge of signal mirror technology in a very small but powerful handheld no batteries required device that will be ready when you need it....hope you never do. 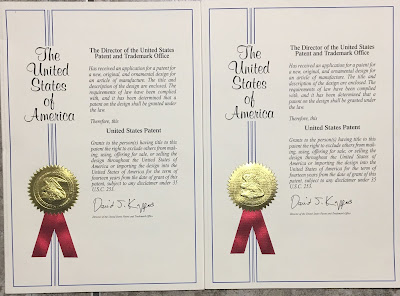 So first up the material is en-route for a large supply of Moon Glow Micro pendents a long time and most requested item in the last few years. Also I hope to make a few of the original Micro signal pendents in mirrored steel because they are just nice to have. Also in this class is completely new design that pushes the boundaries on a minimalist mindset to survival that can and will deliver if you have the skills to make it function. 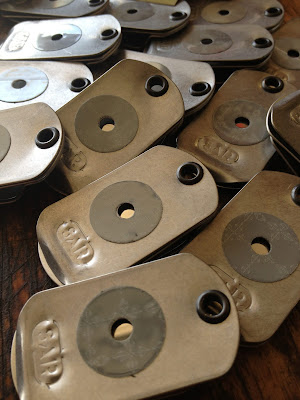 At the 2009 International Blade show in Atlanta my last year as a table holder I showed the guys at Blade Art a prototype beard comb in black G10. It was born out of pure necessity I needed a comb after growing a full beard upon leaving the active duty Army in 2008 and one I still enjoy today returning home with ideas I put them to paper and had several cut from 6LA4V MILSPEC titanium at Halpern Titanium Inc. a a great company in the knife industry and the best water-jet operators I have ever worked with bar none. When the SAR Global Tool Tactical Ti comb was released a first of its kind it has been the comb all other have been measured against period. About mid 2013 and a explosion of beards and beard products the market became flooded I made a few limited runs until the last run in 2014 no longer wishing to carry the large overhead of having them cut as its expensive. So in a few weeks I will call Halpern and ask if I can do a few cuts of say 20 to 30 pieces times 2. Depending on the first run will I then decide to do a second or never make them again....personally:) I don't even have one even the original prototype  was given to a friend and owner of Halpern for a keep sake. So if all goes by August 2018 the original comb will be made available in a limited run.

I have dug around the shop and have found a stack of already heat treated Bug Out blades (BOB's) in 3V steel not quite sure the number but more then ten. Two kukris in need of handles are also on the bench and if I feel really good I will dig out the remaining SAR 1911 TDT frame-locks and get them done. 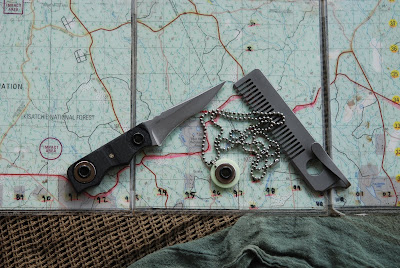 That's a tall order coming off the couch but once the grinders get fired up it will flow in the new shop space with a custom built well lit positive vacuum grinding room.

So stay tuned look for more updates works in progress and stay informed rumor has it I am leaving the industry and selling my machines and as of right now it is just a rumor.

Thanks
SAR Global Tool
Spencer A. Reiter
Posted by SAR at Tuesday, June 05, 2018