Kinda a cool thing going on. I was approach by one of the owners of Ace of Blades Apparel co. Came to and asked if they could use the SAR Hornet logo (Back of shirt) and the SARclops logo (Front of Shirt). I have known the owner, since 2006 and he is a standup guy. Him and is partner are running a high quality shirt company. This is the first time they have went with a outside custom knife maker and its a honor to be working with them. I happen to have a few from his first run, they are very nice.

The SAR Hornet XL and the logo designed has been my best selling blade of all times. It was featured many times in Tactical Knives, Blade Magizine and other international publications.
In 2008 a deal was struck with Dietmar Pohl of POHL Force knives and it is with this knife design that he founded his company on. POHL Force has went to many different design and is considered one of the top knife companies in Europe. 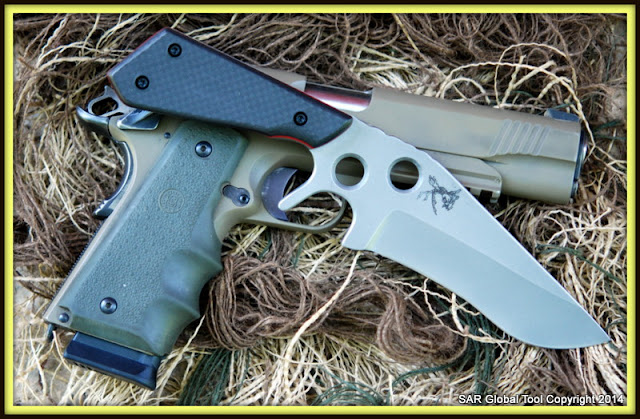 The Hornet logo was drawn by a guy named David Brown in trade for a Hornet. Its been a awesome logo. Last time I did a run of shirts was in 2008.

The SARclops has also been a great selling blade know for it's ease of carry and excellent retention and very small platform. It also was featured in Blade Magazine and several self defense videos by top end Martial artist. 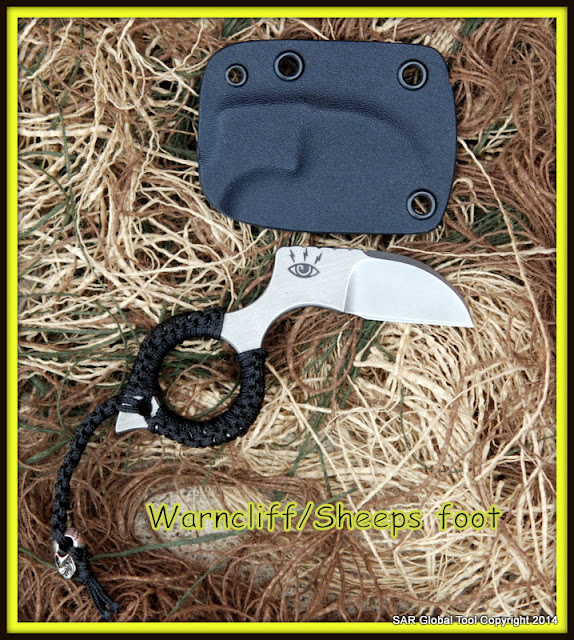 When I designed the logo I wanted something special then just the SAR oval arrow logo. The backstory on the SARclops was named because the ring or "Single Eye". I did some research on the mythical Greek Cyclops and found a interesting story about who the where and what the did. They were blacksmiths that forged all the cool tools for the goods. The Trident for Neptune, and the lighting bolts for Zeus and other tools. The The three Lighting bolts above the single eye represent the three brother, the single lighting bolt in the eye represents the reflection of them watching Zeus throw a bolt a lighting fast strike just like the SARclops can deliver out of no where.

This shirt is limited to a 10 day run so get it why you can. Below is the link to Ace Of Blades to make your order.