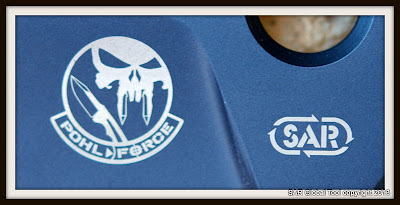 "The Hornet XL was our very FIRST knife; this is where the Pohl Force story began. The characteristic Spencer A. Reiter design matches perfectly with the significant name, well known within the knife world. The name for this knife may seem unusual as it was only later that we began to name our models after the NATO alphabet."

I am always humbled by the knowledge that Dietmar chose this design out 100's if not thousands of knife makers and design's he knew at the time. I swell with huge pride knowing that POHL Force is a rock solid and highly successful international knife company and continuing to expand.

When we started this project Dietmar promised a knife from every run we did almost every knife he sent is the serial number #001 and I also have the pre-production proto-type. Also laying there is the very first Hornet XL that I built. Currently I am waiting for both versions of the final edition and the set will be finished and maybe I can get some exposure for us in one of the top knife mags. I am however sad that the run is over but I can always hope and strive to work with my friend again. 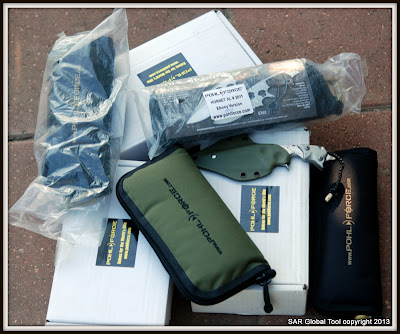 Dietmar is meticulous,  kind and a man of honor. To anyone that may get the opportunity to work with him I would tell you that it could possibly be the most enjoyable, hassle free and highly successful collaboration you could enter into.

So with that being said THIS IS THE LAST RUN. One of my buddies has received his Final Edition Hornet XL, I got to look at it yesterday. I know this is biases and you can take it for what it worth. I do know what quality looks like in a knife and he has gone above and beyond what you will might expect in a production knife at this price. From steel to zippered pouch no corners have been cut. 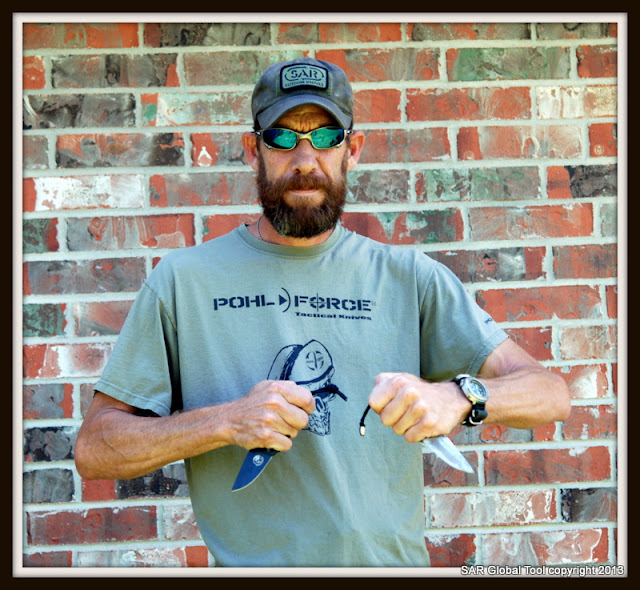 Here are some good reviews from the past that are pretty good. These are some of the previous editions that are no longer in production