Putting miles on the Run Ranger Run knife with miles to go!

As promise is the next installment of the work in progress on the 2014 Run Ranger Run "inglorious Basterd" knives.

As stated the knives have already been  annealed (softened) drawn, shaped, cut, profiled and drilled.

Below I am measuring the thickness of the blade and then I devided it by two which gives me the exact center then I subtract another 15 which will give me two paralell lives to grind to. as we need to leave some "meat at the edge to survive the heat treat. We should also see a wonderful "Hamon" (HA MON) appear which will be a cloudy ghost like image in the steel! Have to show you what I am talking about later. 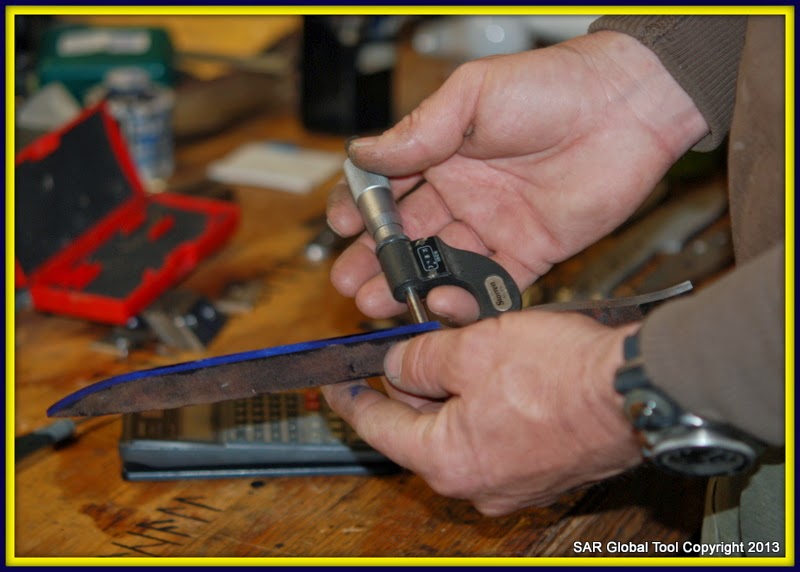 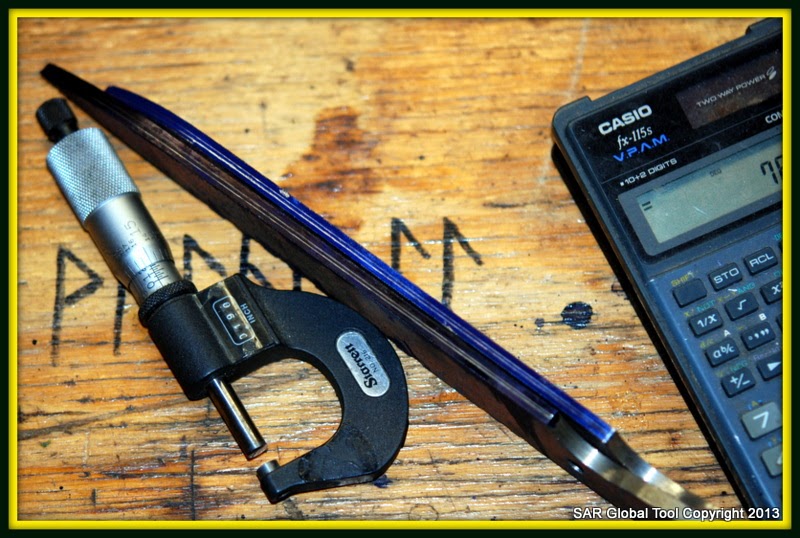 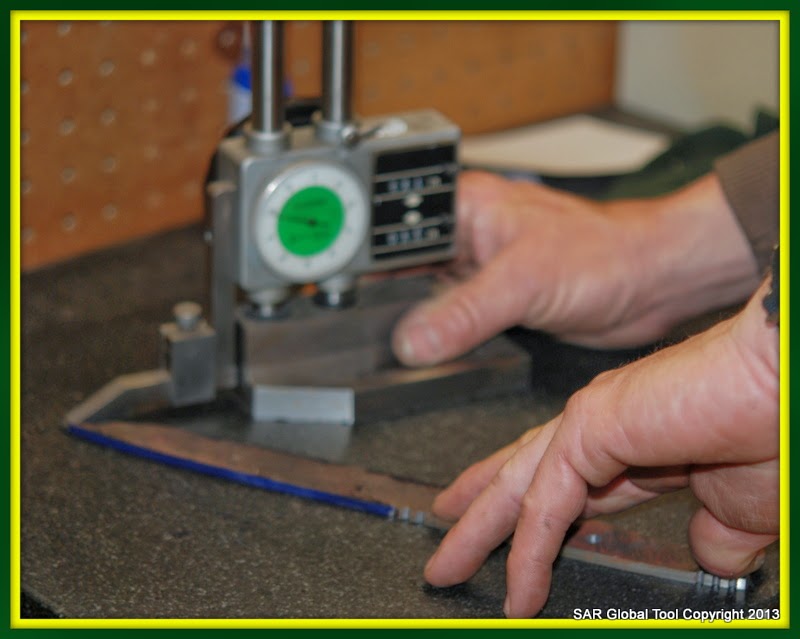 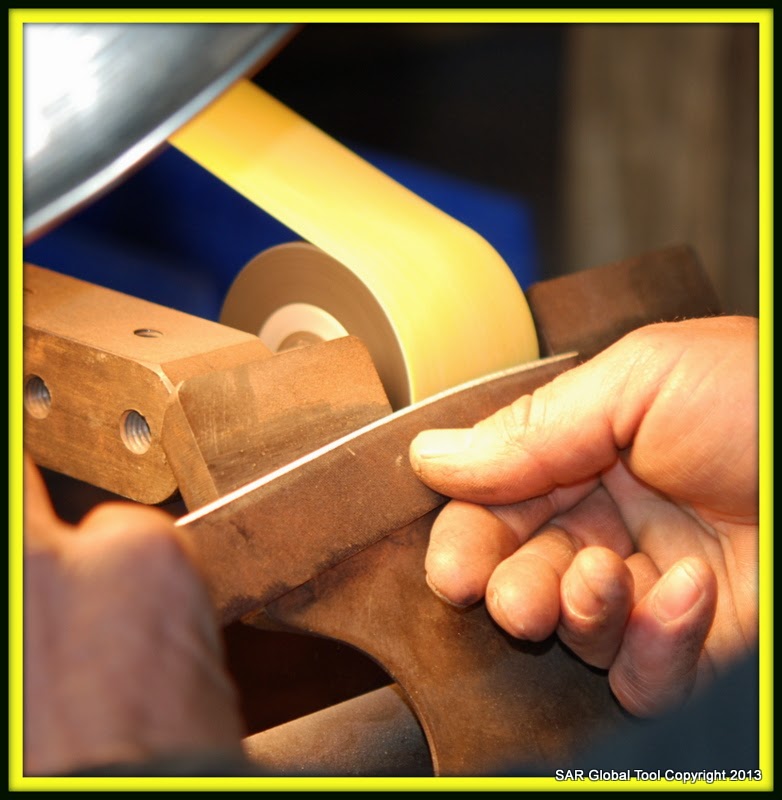 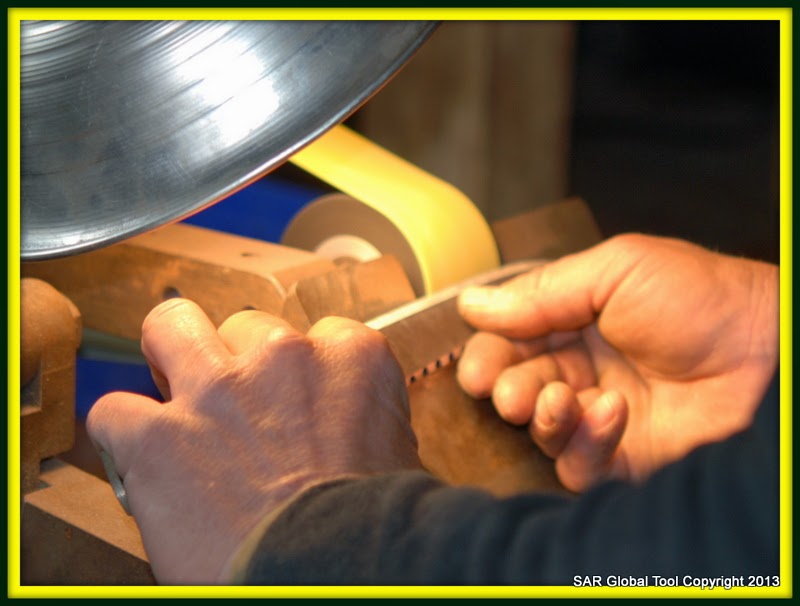 Then the main bevels get laid in and it will be ready for the heat treat which is really where the knife gets its soul.... 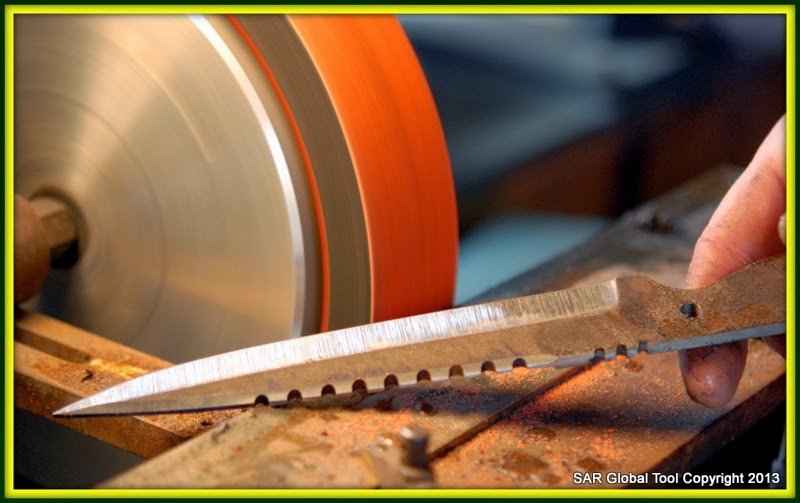 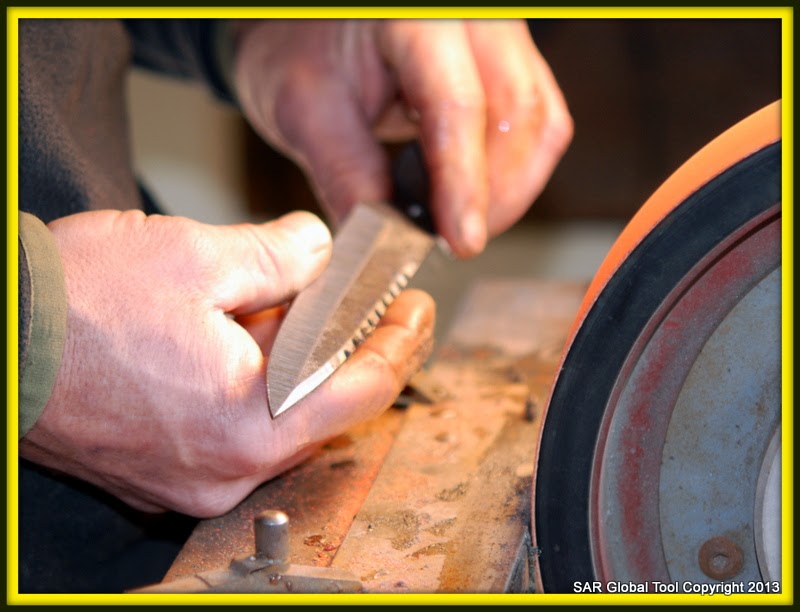 So the next few miles is putting them in the oven for the hardening phase.