Good article and a update 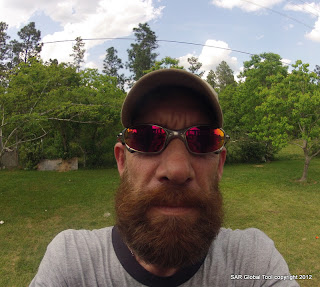 Okay I know its the first post of the year and we have already moved through a good part of 2012. I am now working at a machine shop which specializes in protoytpe oil and natural gas drilling fixtures and everything in between. I took the job on for a few reasons first was to help my friend as he is swamped with work second was my background in metal work and machining.

So far it has been rewarding as I begin to understand how to work diffent machines, measurements/indicating, fixture/setup and the key to it all is feeds and speeds. In time I will be able to apply this to my knife and tool making to produce a better product for my friends and customers. When the time is right I will begin to work on some folders and I have several projects in mind that before would have been unattainable to do limited machine knowledge.

The next item is a testimony written by David Reeder from a high level Federal Mexican Drug enforcement officer who some time back found himself in a difficult situation. It marks the first time since building the SAR Eclipse Signal System (SESS) that I received feedback in which it played a role in the direct rescue of a person. Since then I have received feedback from a few other individuals like FBI agent, US Army and a NEW Zeland service member that have relayed like stories of successful rescues due implementing the SESS.

South of the Border Firefight and Rescue

I will not lie it has become the most important thing I make here at SAR Global Tool, knowing that every tag made possess the potential to help a person out of a life threatening situation. So in a nutshell if I never sold another signal device, it would have been worth the time, money and effort.

I am at this moment working on the next evolution of the SESS it will feature a vast improvement in daytime signal operation. I am confident that the SESS will become a fixture for military, law enforcement, rescue personnel and civilians can depend on when the chips are down.

Anyways look forward to posting some new stuff and sharing my progress in becoming a "Hack" machinist"...lol